When a 7.8 magnitude earthquake hit Nepal, the world wanted to help, but few 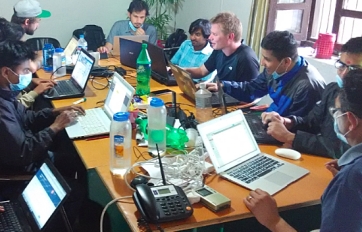 were as well placed as my son,  Neil Horning, who lives in Kathmandu. Already well-known to the open source mapping community for a human rights mapping website called NepalMonitor.org, Neil had only to grab his laptop and make his way through the rubble to be tapped for a new assignment. He would be the new coordinator of Quakemap.org, born the day after the quake in a high tech workshop called Kathmandu Living Labs.

From the start, Neil had no shortage of volunteers. Anyone with a laptop could begin logging reports, but the reports had to also be verified, and the responses classified by their actionable status. Authorities were notified as to the need and required response. For example: 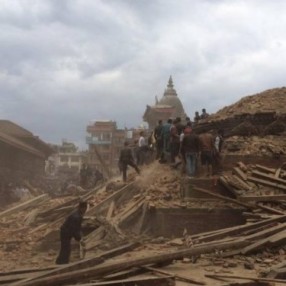 “Urgent medical help needed in Sunkhani and Sundravati in Dolakha. First report is a child and 3 people, but there are more that need medical urgently.”

Such reports were routed to the Nepal Army and over 160 aid organizations and grassroots initiatives. In this case, 4 helicopters extracted the wounded: As of a month after the quake, over 65,000 people from 89 countries have visited the map to access and view its pages.

Quakemap.org and Kathmandu Living Labs were both mentioned in a May 13th article in Wired Magazine entitled, “Nepal’s Aid System Is Broken, So These Lifesavers Hacked It.” They’ve also been featured in the New York Times and on BBC. On May 21st, The White House hosted a “Mapathon” in Washington D.C. with a special focus on mapping the humanitarian response in ‪Nepal and highlighting the work of Kathmandu Living Labs‬.

Interested persons can contribute to the success of Quakemap.org by donating to Maps For Nepal, a crowd sourcing site set up for that purpose at https://www.indiegogo.com/projects/maps-for-nepal#/story. Neil is featured in the promotional video.

Linda Horning is co-editor of the Sierra Writers Newsletter. She is currently working on a book about her adventures in Nepal.