Kathmandu is now lit up after the end of load-shedding. Pic: Bikram Rai

In 2016, the Nepal Electricity Authority (NEA) got a new chief, Kul Man Ghising,  and Nepalis immediately started getting 24 hours of power supply.  This is after a decade of  crippling power shortages ( 2006-2016), during which they were told again and again the problem was due to the tremendous gap between demand and supply.

As it turns out, plenty of electricity already existed, but much of it was being sold to line the pockets of top NEA executives who were selling electricity to industrialists.

Buhari — A Family Odyssey in Nepal by Linda Schuyler Horning

Price: $3.99 USD. Use coupon code SSW25 (25% off!) until July 31.  Words: 50,370. Language: English. Published: October 26, 2017. Categories: Nonfiction » Relationships and Family » Family relationships, Nonfiction » Inspiration » Personal inspiration
Buhari – A Family Odyssey in Nepal is a story of love – love between people and cultures that exist half a world away. It celebrates a blending of families, and what a mother is willing to do to keep those she loves in her life.

This report is based on data of gender based violence and discrimination against women and Dalits collected by the Nepal Peace Monitoring Project throughout 2017.

Bill gates will eradicate “developing” and “developed” from his vocabulary after reading  a recently released book entitled, “Factfulness,” by his good friend and Swedish statistician Hans Rosling.

Here’s how the four global income levels break down:

Level 1: People live on less than $2 a day. Rosling estimates that one billion people are living at or below this threshold. They get around on their own two barefoot feet, cook over an open flame like a cookfire, fetch water in a bucket, and sleep on the ground.

Some people living in countries like Nepal, Madagascar and Lesotho fall into this income category — but not all.  Many have much higher incomes, especially if they live in big cities.

In an article written by Hilary Brueck, Science reporter at Business Insider three more levels are described, but no preference is stated.  She quotes the author, instead.  According to Rosling, “Be cautious about assuming that your level is the best, or most “normal'” level.” 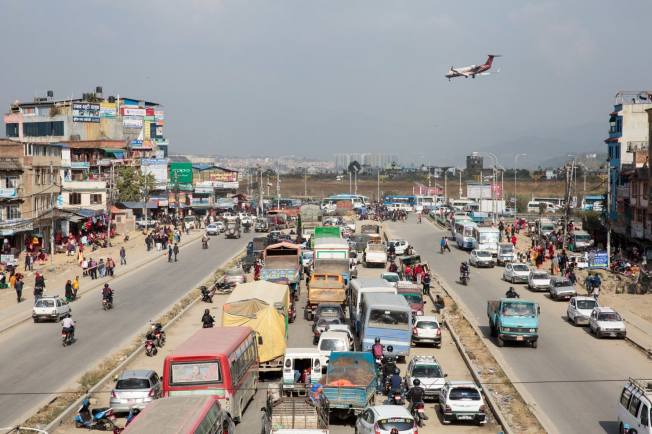 Traffic moves along a road in Kathmandu, Nepal, on Nov. 1, 2017. (Sara Hylton/Bloomberg News)

The use of vehicle horns has been outlawed in Kathmandu since April of 2017, the start of the Nepali year.  Many doubted the ban would be successful, but one year later, the streets remain quiet.

“To mark the new year we wanted to give something new to the people of Kathmandu,” said Mingmar Lama, the head of the traffic police at the time the ban was introduced. “The horn is a symbol of being uncivilised. We wanted to show the world how civilised we are in Kathmandu.”

The ban was later introduced in other parts of the country, including the tourist hot spot Pokhara.

Source:   Vidhi Doshi, India correspondent for The Washington Post based in New Delhi.